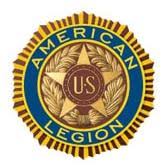 Earl Leroy Klages, 87, of Taylorstown, passed away Tuesday, January 14, 2020, in the Washington Hospital surrounded by his family.

Earl was born March 21, 1932, in Sandhill, West Virginia, a son of Clarence and Alta Klages of West Alexander.

Earl was a graduate of West Alexander High School.  He was a veteran of the U.S. Army.

He enjoyed traveling, bluegrass music, polka, the news, reading, and his family.

Earl was employed by Suwak Trucking for 35 years, Chambers, Zappi Oil, and he owned his owned truck and subcontracted for Peasant trucking. Surviving are children, Deborah Scott, of

He will be sadly missed by all whose hearts he touched.