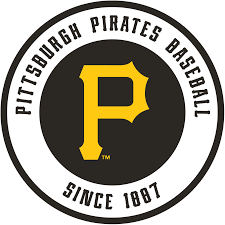 He was born January 23rd, 1978 in Steubenville, OH. He was the beloved son of Marian and Timothy County.

John was the loving husband of 12 years to Kathryn County; adoring father to his son Colton, daughter Madison and

best friend to his brother Travis (Cassandra). He was the son-in-law of William Gary and Barbara Stevenson, brother in-law

of Becky and Jason Boyce and Bo and Mandy Stevenson.

He will be deeply missed by his nieces, nephews, aunts, uncles, cousins and all that knew him.

John was the Director of Dealer Sales for Guardian Protection Services, where he was employed for 20 years. He spent those years

He was a huge Pearl Jam fan. He also enjoyed running, playing golf, the Steelers, Ohio State Buckeyes and coaching his son and friends

during soccer and basketball games.

He was such a generous person and even in death, his giving continues as an Organ Donor.

Friends will be received Friday, August 30th, 2019 at 10 am in the church sanctuary and will be followed by a Memorial Service at 11.