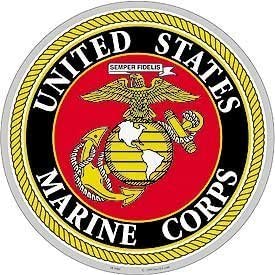 Carl Eugene ‘Gene’ Barnhart, 83, of Claysville died peacefully in the presence of his immediate family on September 19, 2020, after battling a long illness. He was born on the McAdoo farm in Independence Township, Washington County PA on September 12, 1937, son of the late Glenn William Barnhart and Helen Ruth Barnhart McAdoo. Gene is preceded in death by his sister Mary Post (Barnhart) surviving is her husband Sam Post.

He was a 1955 graduate of Claysville High School and later attended Waynesburg College from 1956-58 where he was a member of the wrestling team both years. Following college, he served in the United States Marine Corps on active duty and reserves from 1958-1964 and he was honorably discharged as a Lance Corporal.

Gene spent the majority of his career working at Jessop Steel Company for 35 years and later retired in 1993. He then spent an additional ten years working for the Canonsburg United Presbyterian Church as security and custodian.

Gene had a real love for traveling that began in the 1950s on excursions out west with his family members and friends. Over the years he was able to visit most of the states including Alaska and Hawaii. One place dearest to him were the many family vacations to Niagara Falls and Wasaga Beach, Canada.

He is survived by his beloved wife Mary Louise Barnhart (Sapp), cherished children

Due to the COVID-19 restrictions, everyone is asked to wear a facial covering and or mask to the funeral home.

To send flowers to the family or plant a tree in memory of Carl Eugene "Gene" Barnhart, please visit our floral store.