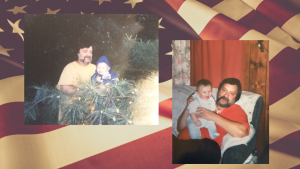 Keith E. Skidmore 67, aka Joe of Burgettstown PA, passed away on March 14, 2021. He was born on January 16, 1954 son of the late Donald and Mary Schrader Skidmore. Keith served four years in the United States Marine Corps from 1972 to 1976 his rank at discharge was E5. Later, he worked as a general laborer for different companies until he found a job working as an electrician. After retiring early due to a back injury he lived his last 20 years at home with his loving family. Keith is survived by his wife Sheila Skidmore, daughter Lisa Skidmore of Ohio, sons Donald and Michael Skidmore of Burgettstown, daughter-in-law Crystal Behanna of Burgettstown, one grandchild Jacob Skidmore of Burgettstown, and various brothers and sisters and, nieces and nephews.  Keith (Joe) was a dedicated father, husband, and grandfather he will be greatly missed. At the request of the family, all services will be private. Arrangements are entrusted to Young Funeral Home & Cremation Services Inc. 23 Erie Mine Rd. Burgettstown PA., 15021. (724) 947-2049 www.youngfhinc.com

To send flowers to the family or plant a tree in memory of Keith E. Skidmore, please visit our floral store.

You can still show your support by sending flowers directly to the family, or by planting a memorial tree in the memory of Keith E. Skidmore
Share a memory
© 2021 Young Funeral Home And Cremation Services, LLC.. All Rights Reserved. Funeral Home website by CFS & TA | Terms of Use | Privacy Policy