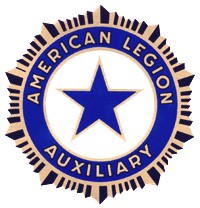 Maxine Elizabeth White Francis, 95, passed away early Monday, July 5, 2021, at her home in West Alexander Pa. She was born on April 5, 1926, in West Alexander, daughter of the late Curtis and Dorothy McKain White.

Maxine enjoyed spending time with her family and friends, especially winning card games and Rummikub. She also enjoyed reading, quilting, canning food from her garden, traveling, and visiting her children. She loved to eat and there was never a food she wouldn’t try. She made delicious raspberry and strawberry pies and apple dumplings.

In addition to her husband (Clyde), and son (Mark) she is proceeded in death by a sister Jean Wilson, stepsisters Nancy Wiles and Florence Fonner, and stepmother Nellie White

The family requests that all memorial contributions be made to the West Alexander United Methodist Church 58 North Liberty Road West Alexander, PA 15376

To send flowers to the family or plant a tree in memory of Maxine Elizabeth (White) Francis, please visit our floral store.